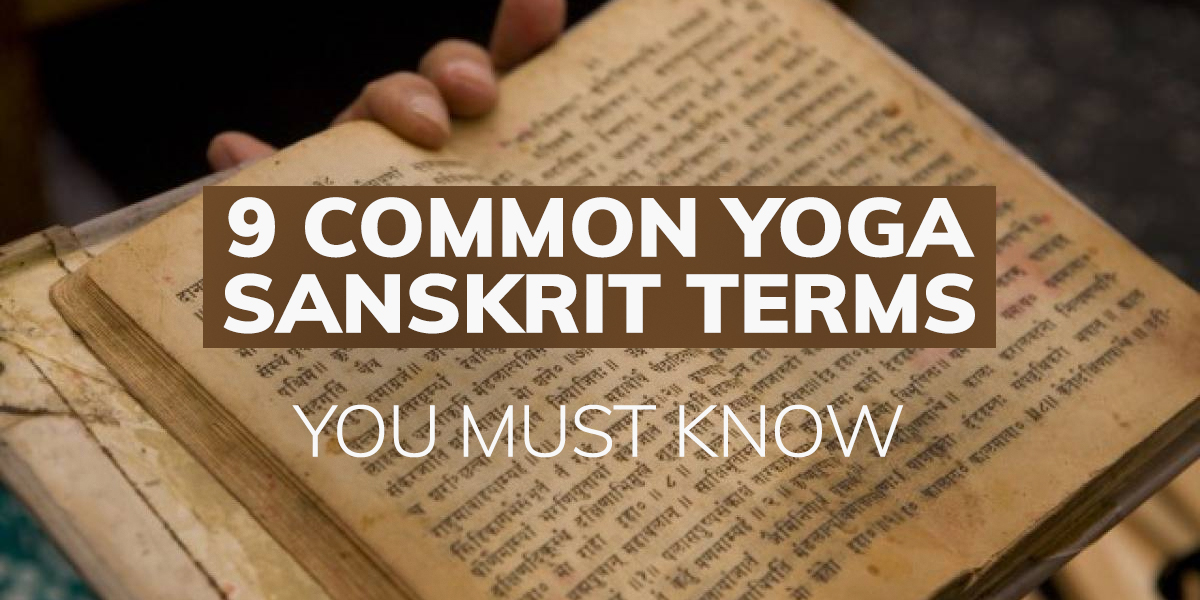 Trying something new can be intimidating, especially yoga. With yoga’s rise in popularity, most studios are packed to the gills. You could end up elbow-to-elbow with a total stranger, fighting for every inch of space. Isn’t yoga supposed to be relaxing?

Thankfully, most yoga studios are very welcoming, and some even offer small classes tailored to first-timers. When you start in a beginner class, you’ll get a handle on the positions. If you’re new to yoga—and even if you’re not—you might be confused by the words that you hear in class.

That’s because like all disciplines, yoga has its own lingo, and yoga’s root language is technically Sanskrit. In most cases, a good yoga teacher will incorporate plenty of non-Sanskrit instructions, as well as the words’ English-language translations, as you go through the class.

And, ideally, said class will take place in a welcoming, non-intimidating environment. But still, it can help to know a few of the most common yoga terms so that you’re not constantly looking at the person next to you for visual cues.

Take a look below so that you feel better-equipped the next time that you step onto your mat.

What is Asana? The word asana simply refers to the physical poses and postures practiced during yoga. It is one of the “eight limbs” of yoga, with others including breath and meditation.

In common usage, asana may describe the general style of yoga that incorporates movement. Or it can mean one single pose. For example, downward-facing dog (described below) is an asana.

Though the literal translation of asana is “seat,” this term refers more specifically to the yoga positions. You’ll notice that each yoga pose is followed by asana when it is spoken in Sanskrit. For example, in Sanskrit, downward-facing dog would be referred to as Adho Mukha Shvanasana.

The exact number of asanas is up for debate. Some classic texts say there are 84, while others say there are 8.4 million, so someone is off by a lot of zeros. Yet another well-respected yoga teacher named Sri Dharma Mittra has cataloged 1,300 yoga asanas.

What is Vinyasa? Vinyasa is a style of yoga characterized by stringing together poses into a flowing sequence. This is different from Hatha yoga, a slower-paced practice that focuses on holding one pose at a time.

In many classes, you’ll hear a teacher use the word vinyasa to indicate that you should be linking your breath to your movement.

For example, as you engage in an upward movement, you may inhale, and then as you go downward, you would exhale. As you’re going through a Sun Salutation, your instructor might say, “inhale on the upward dog, pause, and now exhale as you go into down dog.”

Some people consider vinyasa an independent type of yoga, while others say it’s a part of every kind of practice.

What is Pranayama? This Sanskrit word refers to breath work or breathing techniques. Prana translates roughly to “life force,” and yama means “to control.” So pranayama, then, is to control your breathing through various exercises.

According to Richard Rosen, a yoga instructor since 1987, the original intent of pranayama was to steady the breath in preparation for meditation. When you hear the term pranayama in class, the teacher is reminding everyone to focus on their breath. When everyone is holding a position that takes concentration, it’s easy to forget to breathe!

What is Ujjayi? Toward the beginning of any class, your teacher will remind you to “use your ujjayi breath.” This breath is a form of pranayama that involves both inhaling and exhaling through the nose.

To perfect this breathing technique, there should be a slight constriction in the throat, but for now, just remember to breathe in and out through the nose when the teacher uses the term ujjayi. There are a variety of breathing techniques you may encounter in a yoga class, but the default is ujjayi breath.

You may begin your class doing other types of breath, like lion’s breath (also known as simhasana in Sanskrit). Other types of breathing involve closing off one nostril to increase overall oxygen flow and energy levels. However, as you flow through most of your yoga poses, your teacher will remind you to use your ujjayi breath.

Ujjayi is also called “ocean breath” or “warrior’s breath.” Ujjayi breathing involves breathing in and out of your nose with deep inhales and exhales. On the exhale, pretend like you’re trying to fog up a mirror.

What is Drishti? Drishti is a focused gaze meant to draw awareness, concentration, and intent to your yoga practice.

There are nine drishtis in yoga, including focusing on your navel, looking upward, and gazing at your toes. As you flow through your yoga poses (asanas), your teacher will often remind you of where to focus your gaze.

A drishti serves multiple functions in a yoga practice. The primary purpose is to create self-awareness while allowing you to withdraw. When you’re in a meditative state, exercising the right drishti helps you focus.

Another purpose of knowing the right drishti is that it will help with balance while ensuring your body is in the proper alignment. You’ll get the most out of your practice while also minimizing your risk of injury. For example, when you’re in downward facing dog, your drishti is your navel.

What is Surya Namaska? This is a specific sequence used often in a variety of vinyasa-style yoga practices. It begins in a standing position. Then it takes you through a high plank, an upward-facing dog, a downward-facing dog, before returning back to standing.

The way these yoga flows were designed incorporates every organ and system in the body. The theory is that by facing east in the morning and doing a series of Sun Salutations, you can produce all the energy you need for the day while getting a complete workout for the mind, body, and soul. The Sanskrit term for Sun Salutation is Surya Namaskar.

What is Chaturanga? Chaturanga is a movement that begins in the high plank position. From there, you bend your elbows straight back, slowly lowering yourself toward the ground—but not all the way there—into a low plank. As you lower down, you should exhale while also keeping your elbows glued to your sides.

This pose is typically used as a transition into upward facing dog, which involves dropping your hips toward the ground and pushing through your hands to raise your chest to the ceiling. Only your palms and the tops of your feet remain on the floor.

In some yoga practices the teacher may invite you to do a “Chaturanga push-up,” which is the same as a tricep push-up.

What is Savasana? Also called Corpse Pose, Savasana (or Shavasana) is the blissful state of relaxation or meditation that happens at the end of class. It is a restorative pose, and arguably one of the most important. All you have to do is lie face up on your mat. You should leave your palms facing up as well to receive energy and blessings from the universe.

After an intense yoga practice, Savasana can help you relax while also reducing anxiety. Other benefits include having increased confidence and improved memory, focus, and concentration.

Savasana can be employed at any time during yoga practice, but is often the final pose of a class.

What is Namaste? This word can be a greeting or a valediction in certain cultures. But in yoga, namaste is typically said at the end of class—usually while pressing your palms together and bowing your head.

The literal translation is, “I bow to you,” but in the context of a yoga class, the meaning is different. It basically translates to “the divine in me acknowledges the divine in you.” But really, it’s just a respectful way for student and teacher to part ways.

Spiritually, the term namaste is meant to acknowledge each other’s spirit and holiness. It conveys that we are all divine and connected. In the modern yoga vernacular, it is now a symbolic and respectful way to end the class.

The original source was published here. 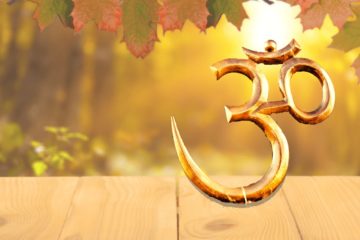